You still see a lot of BMW 3 Series. One of the biggest selling models in Europe, they’re ever popular with those who want the BMW badge without the price tag. However, they’re getting older, so here’s an overview of common problems and issues that you should watch out for.

Given the huge range of BMWs introduced between 1998 and 2005, the 3 series (also known as the E46 range) has something for everyone. The modest 316i and 318i models deliver a zippy city car, while the 320i, 325i and 330i boast better performance at the expense of fuel economy. 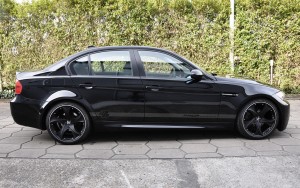 Power to the road is generated by a 5-speed Getrag transmission. The M3 series offers performance car extras such as VANOS (variable camshaft control) and SMG semi-automatic transmission. However, problems with VANOS are numerous and well worth checking out on forums such as Dr Vanos. Unfortunately, SMG systems are renowned for suddenly failing, leaving drivers unable to change gear.

With an average of 36 mpg, the 316i and 318i claim the best fuel rating in the range, with the rest of the range averaging at just over 30mpg. If you’re concerned about emissions and fuel savings, you may want to consider a more recent BMW 3 series, as consumer reports show real mpg ratings often drop below 30 as the range ages.

The entire E46 range has seen serious issues with subframes cracking around the left-hand suspension mounting point. Rear suspension springs are also extremely brittle. The biggest suspension problem is with suspension bushes. Most E46s have had trouble with these, and the range is of the age where you are very likely to encounter this. If you notice your steering wanders, get the problem checked. However, at £1,500 to replace, you may want to scrap the car altogether.

If you want to scrap your BMW 3 series, contact Scrap Car Kings today for more information.