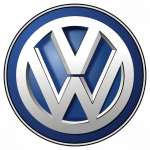 Scrap Your Volkswagen Quickly and Easily

At Scrap Car Kings, we make it straightforward to scrap your Volkswagen. If you no longer need your Volkswagen car, van or truck but are worried that the age and condition of your VW will prevent you from getting a quick sale, then you should consider scrapping it with Scrap Car Kings instead. After all, many people are now concerned about the environment, so scrapping a car that is beyond its best makes sense rather than continuing to run it given the material wastage and pollution that can occur from older vehicles.

Indeed, scrapping vehicles that have come to the end of their useful lives makes even more sense when you consider how much of them can be recycled and reused, something that is certainly the case with scrapped Volkswagen vehicles. Scrapping your VW can help to reduce waste build-up as well as providing you with a fair price given the vehicle’s current value.

Of course, at Scrap Car Kings, we know that scrapping isn’t compulsory. You are free to leave it rusting away on your driveway if you want. You can spend a fortune on it to replace some parts and to try and make it sellable. That’s why you can expect a fair price to be quoted for any of the Volkswagens we scrap. Furthermore, you should also be aware that, by scrapping your Volkswagen, you will not only be making life simpler for yourself but you will also be doing a service to other road users by taking a potentially dangerous vehicle off the road, too.

So, when is it the right time to consider selling your Volkswagen for scrap instead of keeping it on the road and polluting the environment? Here are a few examples of when Volkswagen cars ought to be scrapped.

Volkswagen cars enjoy a good reputation for reliability and longevity. That said, there will come a time when repairs costs exceed any vehicle’s worth and that includes VWs. The older the Volkswagen, the greater the probability that it will need more serious repairs and overhauls when it is serviced.

For some VW owners, this can be something of a catch 22. For example, if you have spent a great deal on repairs already you will understandably want to keep your old Volkswagen on the road. However, by making such an investment, you can be creating even more costs for yourself down the line. That’s money that could be spent on a new car or for loan repayments for a much more energy-efficient vehicle instead!

Another prime example of when to scrap a Volkswagen is when it has failed its MOT. Like other cars, VWs that have not passed are illegal to drive on the road. In the majority of cases, this means you won’t be able to sell it, either. As such, you will have to stump up for a considerable repair bill just to get it through the test whether or not you really want to have it repaired. Multiple MOT failures are a sure sign that now is the right time to scrap your Volkswagen.

Would-be second-hand VW buyers will notice rust even if it is not immediately obvious. Why? Because they will be looking out for it. Even smaller spots or rust damage could be hiding a more serious problem beneath so it is the sort of thing that prospective buyers look for. Severe corrosion can cause holes in the underside of many VW models, something that compromises the safety of the vehicle and will result in an MOT failure.

Scrap your car in 4 simple steps…

We scrap all VW models

Why Scrap Your Volkswagen for Money?

As mentioned, there are several reasons why Volkswagens are better off being scrapped. They could be damaged, failing their MOTs, rusting or just uneconomical to keep on the road.

Scrapping your VW will mean obtaining a fair price for it given its residual value. Furthermore, scrapping a Volkswagen means taking a potentially unsafe car off the road and being able to switch to something more economical to run. There’s an environmental benefit to be considered, too, because more fuel-efficient cars waste less energy and produce less pollution. Why continue to throw good money after bad when scrapping your Volkswagen makes so much sense from so many perspectives?

Which Sort of Volkswagens Can Be Scrapped With Scrap Car Kings?

At Scrap Car Kings, we can scrap all VW vehicles quickly and easily. This means older models like the VW Passat as well as newer ones. We also scrap Volkswagen vans and trucks including non-runners and foreign registered VWs.

The team at Scrap Car Kings are knowledgeable about all Volkswagen models, so scrapping with us makes a great deal of sense. Once agreed, we will take full responsibility for the entire scrapping process, from collecting your Volkswagen to organising all of the relevant paperwork and informing the DVLA of the car’s new status.

Our experts have been serving customers looking to scrap their car for years transferring the agreed sum with a bank transfer since dealing with cash is no longer lawful. In short, we’ll do an honest, transparent and professional job of scrapping your old VW.

Ready to Scrap Your VW? What Next?

You may not realise it but the car scrapping process for Volkswagens is undemanding. With the help of our experts, you can have your car scrapped by a highly regarded and reputable service provider without any fuss whatsoever. We scrap VWs throughout the East and Central London area and beyond. Obtain a free quotation from us to find out what we think the scrap value of your Volkswagen might be.

It could be much more than you think. Doing so only takes a few moments and can be completed online right now. Of course, you can contact us for more information or if you would like further guidance on whether or not to scrap your Volkswagen.

Scrapping Volkswagens to Save on the Costs of Repairs 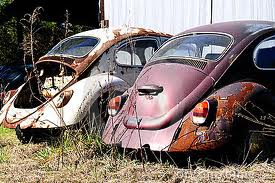 Volkswagen is an incredibly popular make of vehicle to own. This is because they are fun in their look and offer great excitement when you drive them. However, they are also known to be incredibly expensive in terms of their maintenance. One of the reasons for this is that Volkswagen is not a domestic model, which means the parts are quite expensive, as is the service. If your vehicle starts to break down, therefore, scrapping Volkswagens may just be the better idea. Let’s take a look at some of the most common problems with these vehicles, which also happen to be the most
expensive to repair.

Brake parts are quite different on a Volkswagen than on many other vehicles. This is why having problems with your brakes can also be very expensive to repair. The rotor of the brakes on a Volkswagen cannot turn, which means that you need a completely new set when they wear out. On many other vehicles, you can simply replace the brake pads, which only costs a couple of pounds. The reason why these parts regularly need replacing is that the rotors on a Volkswagen are incredibly lightweight, which means that they run out very quickly as well. The thinness of the rotors is particularly susceptible to heat, which means they will often warp. Hence, they require much more frequent replacing. 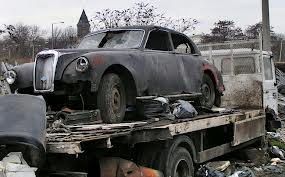 There have been numerous complaints about the fuel injection systems on Volkswagen vehicles. Repairing a problem with your fuel pump is always going to be expensive, regardless of the brand of vehicle you use. However, it seems that the problem is particularly common with Volkswagen, because they need the electric output released by the fuel injector to be just right. You can, therefore, only repair models that have exactly the right electric output, and this is expensive.

Furthermore, you have to make sure that it actually matches the part that was issued by the factory, or your performance will go down the drain.

It is the nightmare of any car owner to have a problem with the transmission. Unfortunately, these problems are quite common on this make and are one of the main reasons for scrapping Volkswagens. If your model happens to be an automatic, the repair bill will likely be even higher.

Indeed, this means that it may just be cheaper to simply count your losses and buy something else with the money you were going to spend on your repairs. Unfortunately, Volkswagens are notorious for having leaks in their transmission, which means the entire system has to be replaced. Every car has its problems and will need maintenance and repair at some point. However, when the bill for this starts to get so high that it may be cheaper to just get rid of it altogether, scrapping is generally the only viable option. Make sure you find a good car breaker to take the vehicle of your hands and perhaps even give you a little bit of money towards it, so that you don’t leave completely empty-handed.