The Audi TT: When a Radical Design Reaches the End of the Road

First shown at the Frankfurt motor show in 1995, this Bauhaus-inspired sports car first went on sale in Europe in 1998. Since then it has achieved spectacular popularity, especially in the UK, where Audi sells more TTs than in any other country. Now into its third generation, the Audi TT has been hailed as a future classic and looks set to continue its domination of the sports coupe and roadster market. 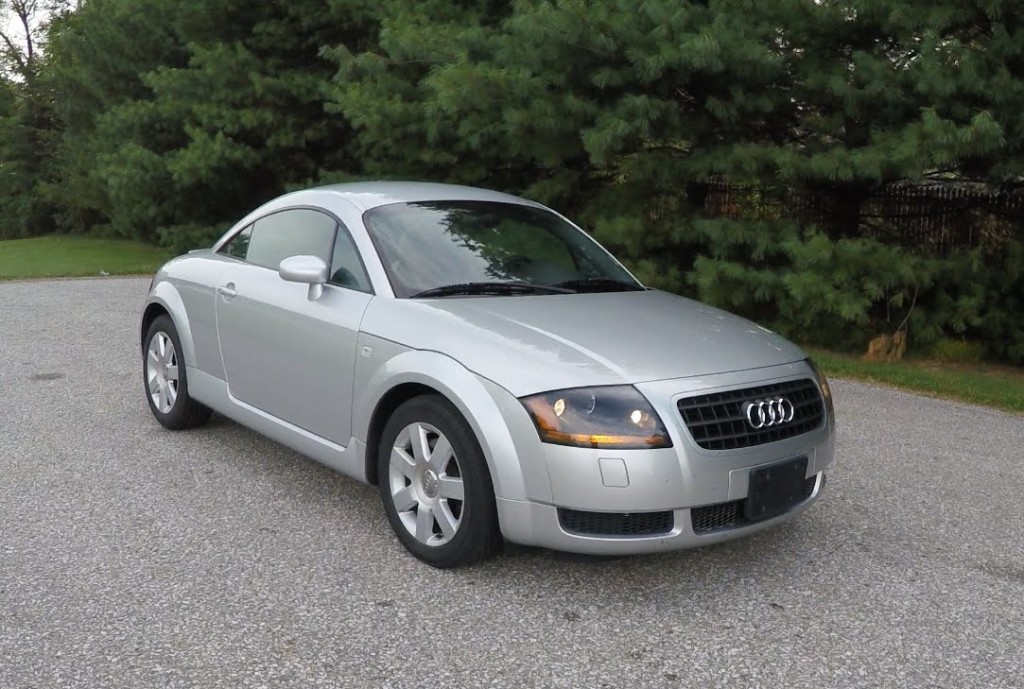 The TT Mk 1 is powered by VW’s 1.8T turbocharged petrol engine, producing 210 Nm of torque at 2200-4200 rpm and a top speed of 155 mph. This transversely mounted engine enables drivers to switch between front wheel drive or ‘quattro’ (four-wheel drive). In 2003, Audi introduced automatic transmission for the first time, as an alternative to the manual 6-speed Direct Shift Gearbox (DSG). It also added a 3.2 litre VR6 engine to the range. 2005 saw the introduction of the coupe-only Audi TT Quattro sport, featuring dual-clutch S-Tronic transmission.

The second generation TT is built with aluminium in its front body panels, a measure to enhance the car’s weight distribution. Petrol engines in this generation feature the Fuel Stratified Injection (FSI) technology developed in Audi’s Le Mans racing team, providing greater power and improved fuel efficiency. In 2008, a diesel engine became available: the 2.0 litre TDI, which goes from 0-60 mph in 7 seconds and offers a top speed of 140 mph.

Early models of the Audi TT experienced serious problems with handling and stability at speeds over 110 mph, prompting a safety recall. As a fix, a rear spoiler and suspension modifications were introduced, together with Audi’s dynamic stability control software. Later recalls were issued to address problems with airbag deployment and damaged brake pipes.

Although the TT Mk 2 is generally considered an improvement over its predecessor, some models suffer from bugs in the software controlling the transmission. No fix is available for these, and they typically cause the engine to shut off suddenly after the brakes are released. The biggest issue with the Audi TT is failure of the instrumentation, requiring a costly repair.

The Audi TT has a special place in the nation’s heart. Its radical styling permanently transformed Audi’s conservative image. As the TT ages, however, costly and complex problems are emerging, especially in cars tuned to exceed their factory settings. If your Audi TT has issues with its instrumentation or transmission, it has probably come to the end of the road. Contact our scrap my audi specialists for advice on your next move.