When you come to sell your car and trade up for something larger, you may well begin to look at the larger family saloon cars so beloved of travelling salesmen the world over.

Foremost among these is the Toyota Avensis.

So what are the pros and cons of buying a Toyota Avensis, and what should you bear in mind when you come to sell your car on?

What’s Going for It?

The Toyota Avensis was launched back in 1997, and is still built in Derbyshire. The car continues to sell very well in the UK and over the years it’s achieved great sales success

across Europe. It’s now in its third generation so you’ll almost certainly know somebody who has one, as this is one of the most common cars on the road. 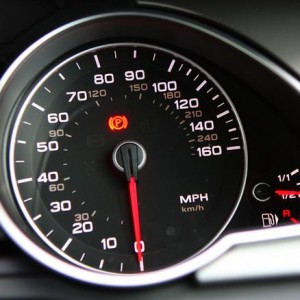 The Avensis is widely regarded as Toyota’s flagship model having been designed to compete against the Ford Mondeo and Vauxhall Insignia, which it does admirably. Naturally you’d expect the Avensis to be spacious and reliable and you won’t be disappointed, as it comfortably accommodates a family of five and racks up years of trouble-free motoring with fuel economy often surpassing the manufacturer’s predictions.

This is a car that does what it does, with the minimum of fuss or swagger, invisibly making up a high proportion of the traffic you’ll encounter each day.

Whilst the Avensis is generally well thought of by those who drive it and the resale value holds up, it’s not the sort of vehicle to set your pulse racing and even among its class it remains one of the least exciting options.

Dull reliability can only take a car so far and, sure enough, as it gets older the Avensis is not immune to problems, with earlier versions becoming decidedly average. If your car is more than ten years old it may be seen as inferior to similar cars in its class and many people report a growing number of niggling faults and occasionally a disconcerting loss of power can occur.

Some of the common problems can grow into more substantial bills to the point where you may feel that it’s time to sell your car and replace it with something more modern.

If your old Toyota Avensis is beginning to leave you out of pocket, one of the best options is to sell your Toyota car and put the money towards a replacement vehicle.

To help you out, Scrap Car Kings can give you a scrap car quote – contact us today or visit us online for help and information.